Special Seminar: Pain And The Brain

Join Us for a FREE 1 Hour Seminar With Do You or Someone You Know Suffer From Any of the Following Symptoms?

Join us for a very informative evening with Samuel where you will learn about how pain affects not just the body, but the brain as well.

In this one hour seminar, Samuel will also talk about some of the advanced technologies that he incorporates in his treatments for his clients. These include:

Here's What You Will Discover At The Event... 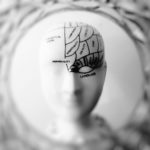 How pain affects your brain and your body 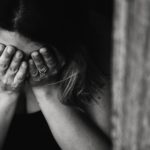 The relationship between pain and your emotions How modern technological methods can help

About Your Presenter, Samuel Minkin

Samuel began his career as an exercise specialist in 2012 and moved into sports medicine where he has worked with a large variety of elite sporting athletes as well as the general public.

As a musculoskeletal therapist, he specialises in the assessment and management of pain and movement dysfunction. He also understands the importance of considering mental health when dealing with depression, anxiety and PTSD.

Samuel ran two successful clinics in Brisbane and since relocating in early 2019, he's keen to bring his skills and knowledge to the people of Sydney.

Samuel uses highly advanced medical technologies in his treatments which has been validated by the scientific community.

He has treated a variety of athletes including the

For more information about Samuel and his treatments, please click here. Details of the Event:

Please note: all content provided at this seminar and on our website is for information only and is not intended to be a substitute for professional medical advice.

Always seek the guidance of your doctor or other qualified health professional with any questions you may have regarding your health or a medical condition.

Never disregard the advice of a medical professional, or delay in seeking it because of something you have read on this Website or inferred from attending one of our events.